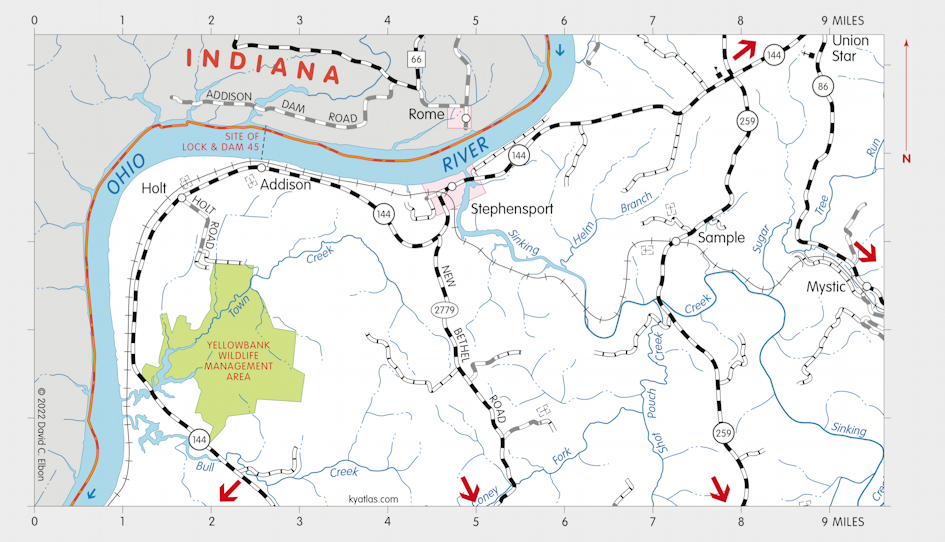 Addison is a Breckinridge county community near the Ohio River about eight miles northwest of Hardinsburg.

West of Addison on KY 144 is the home of Judge Joseph Holt (1807-1894), who served as U.S. Postmaster General, Secretary of War, and the first Judge Advocate General, appointed by Abraham Lincoln in 1862. The circa 1850 Holt home is now owned by the Breckinridge County Fiscal Court and restoration efforts are being organized by the Friends of the Holt Home, Inc.

Addison was the site of the Ohio River Lock and Dam 45. It went into service in 1927 and was demolished in 1971, replaced by the dam at Cannelton, Indiana, near Hawesville. The upstream dam 44 was near Peckenpaugh and the downstream dam 46 was at Owensboro.