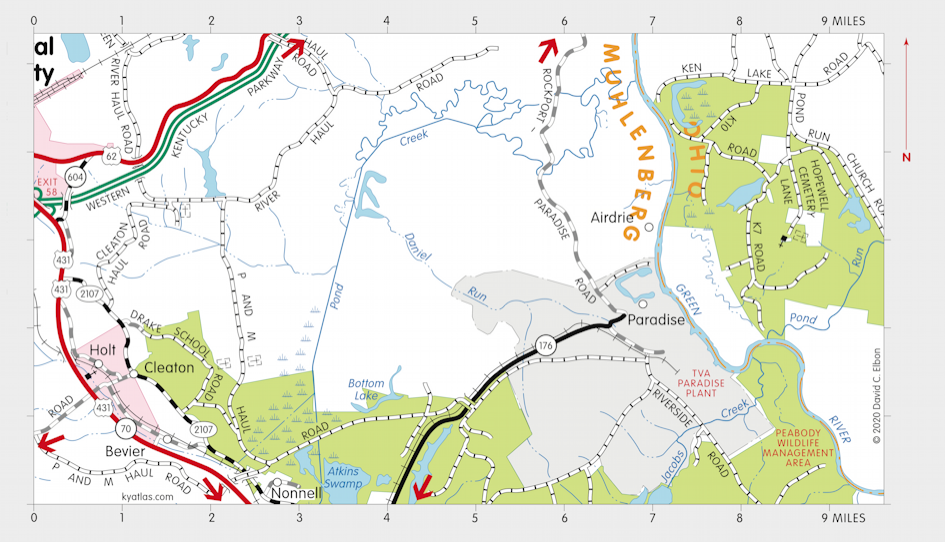 Airdrie was an eastern Muhlenberg county town on the Green River about 14 miles northeast of Greenville and about a mile north of Paradise. It was established by Robert Alexander circa 1853 to produce iron using local ore and coal. It was named for the city in Scotland. An iron furnace was constructed about 1855 and the population of the town grew to perhaps 200. There were technical problems and the furnace never produced any iron and was abandoned in 1859. The ruins of the furnace are all that remain of the town. Robert Alexander also owned Woodburn Farm in Woodford county, part of which became Airdrie Stud. Woodburn was the final home of the stallion Lexington. Airdrie was incorporated in 1858. The Paradise post office operated in Airdrie from 1856 to 1859.