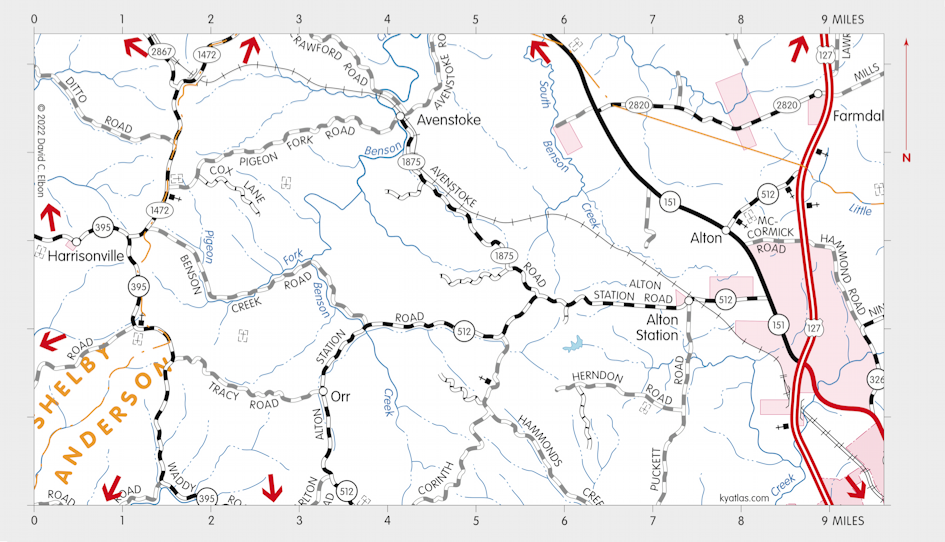 Alton is an Anderson county community about five miles northwest of Lawrenceburg. A town developed there in the mid-nineteenth century and was initially known as Rough and Ready, from the nickname of Zachary Taylor, who had been president of the United States and died in office in 1850. It was renamed Alton about 1876, although the reason is obscure. When the railroad arrived around the end of the nineteenth century most commercial activity moved about a mile southwest to Alton Station. The old Alton business district later burned. Alton is now a rural suburb of Lawrenceburg.

Rough and Ready was incorporated in 1854, was renamed Alton in 1876, and was later dissolved.