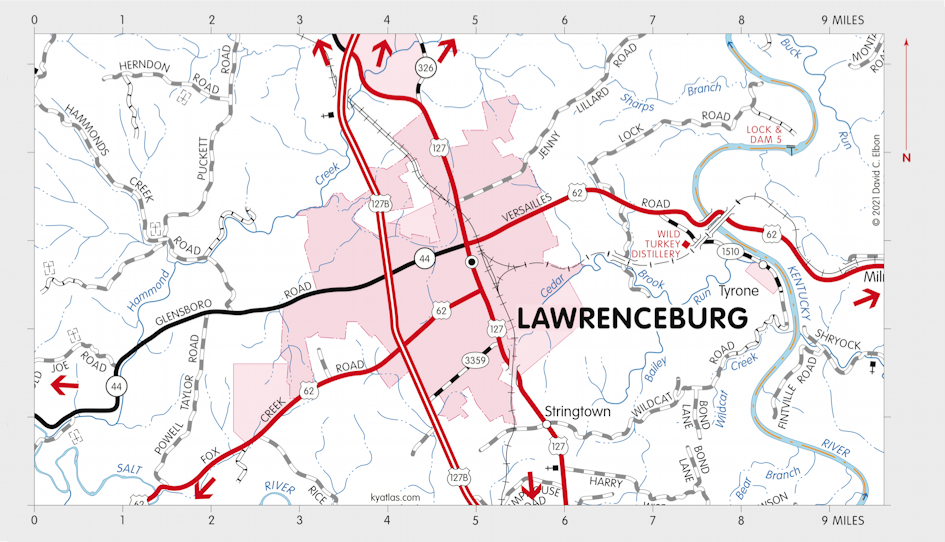 Lawrenceburg, the seat of Anderson county, is in the eastern end of the county about three miles west of the Kentucky River. The site was once known as Kaufman's Station or Coffman's Station for Jacob Kaufman who established a settlement about 1780. The town was first called Lawrence for William Lawrence, one of its founders, and was renamed Lawrenceburg in 1827.

Lawrenceburg was incorporated in 1820.

The post office opened in 1817 as Lawrenceburgh and was renamed Lawrenceburg in 1893. It may have been called Lawrence's Hotel during its earliest years. 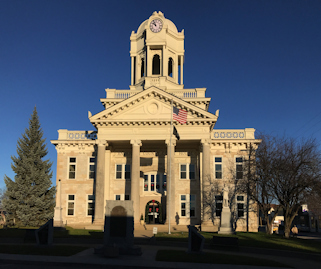 The Anderson County Courthouse in Lawrenceburg is the third on the site, built about 1915, and includes the outer walls of the second courthouse, which burned that year.