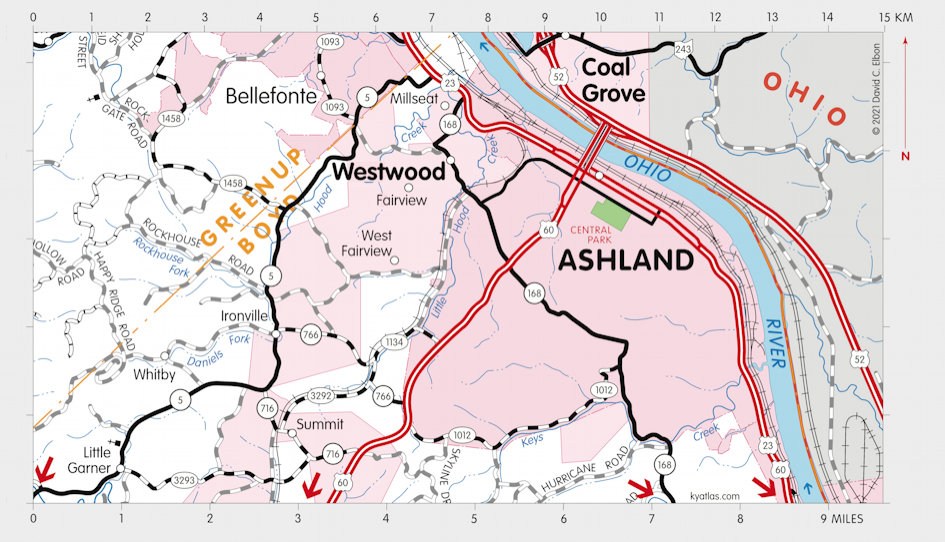 Ashland, the largest city in Boyd county and eastern Kentucky, is on the Ohio river north of Catlettsburg. Beginning in the late eighteenth century the area was known as Poages Settlement and later Pollards Mill. In 1854 the town of Ashland was laid out by the Kentucky Iron, Coal, and Manufacturing Company and named for the Lexington home of Henry Clay. Ashland was incorporated in 1856. The Pollards Mill post office opened in 1847 and was renamed Ashland in 1854. The population of Ashland in 2010 was 21,684.

Ashland is the home of Ashland Community and Technical College.