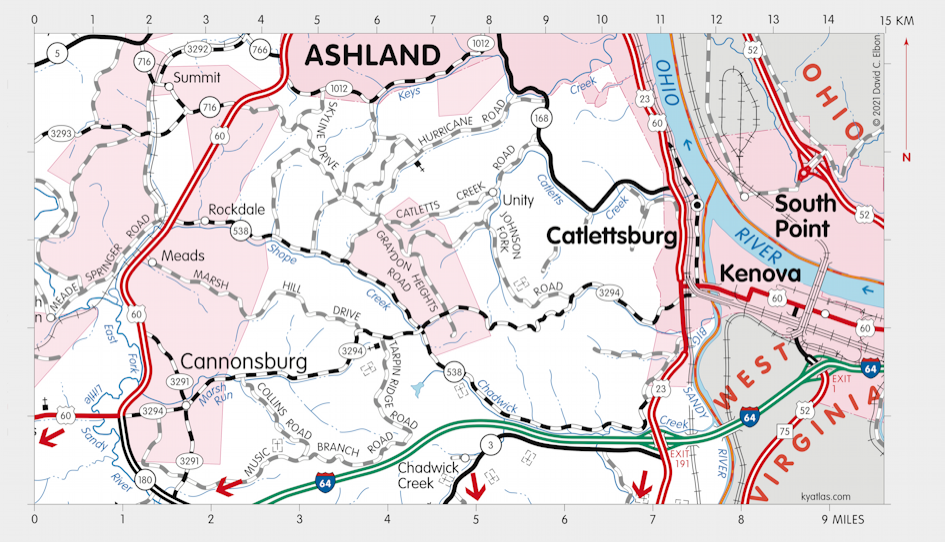 Catlettsburg, the seat of Boyd county, is located at the confluence of the Ohio and Big Sandy rivers. The town was named for Alexander and Horatio Catlett, early settlers who arrived in the area about 1798. The town of Catlettsburg was laid out in 1849 and incorporated in 1858. The southern part of the present city was originally a separate town known as Hampton City, named for the Rev. William Hampton. The Catlettsburg post office opened in 1810, but the settlement was also known as Mouth of Sandy and Big Sandy Landing. The population of Catlettsburg in 2010 was 1,856.