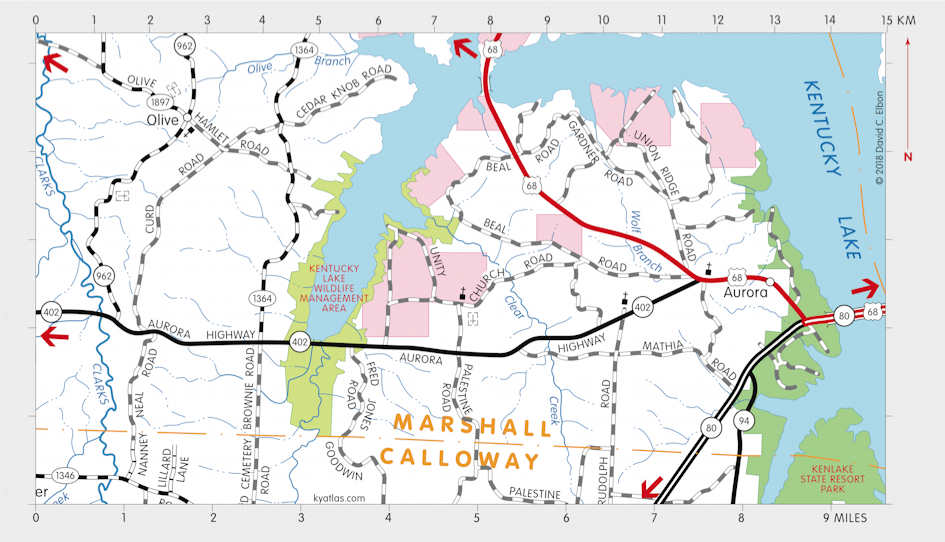 Aurora is a southeastern Marshall county community near Kentucky Lake about 14 miles southeast of Benton. The area was probably settled in the early nineteenth century at a landing on the Tennessee River. The landing was proposed as the site for Kentucky Dam in the 1930s, but the dam was built farther downstream. The site was also known as Aurora Landing, Eggners Ferry, and Eggners Landing. Milton Eggner owned the ferry from about 1835. The source of the Aurora name is not known certainly, but it could be named for the town in New York. The Aurora post office opened in 1841, closed in 1943, reopened later the same year, and operated intermittently until about 1966.