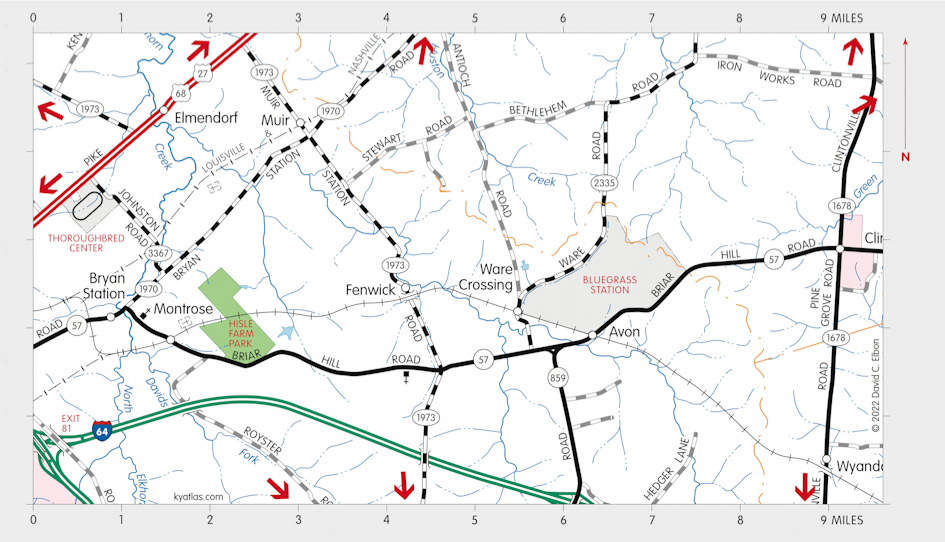 Avon is a western Fayette county community where the railroad crosses the Briar Hill Pike near the Bourbon county line. It was once Avon Station on the Kentucky Union Railroad and later the Louisville and Nashville Railroad. The source of the name is obscure.

In 1941 the Lexington Blue Grass Ordnance Depot was opened in Avon. It has since been turned over to state control and is primarily an industrial park and is known as Bluegrass Station. The depot occupies some of the original site of the town.