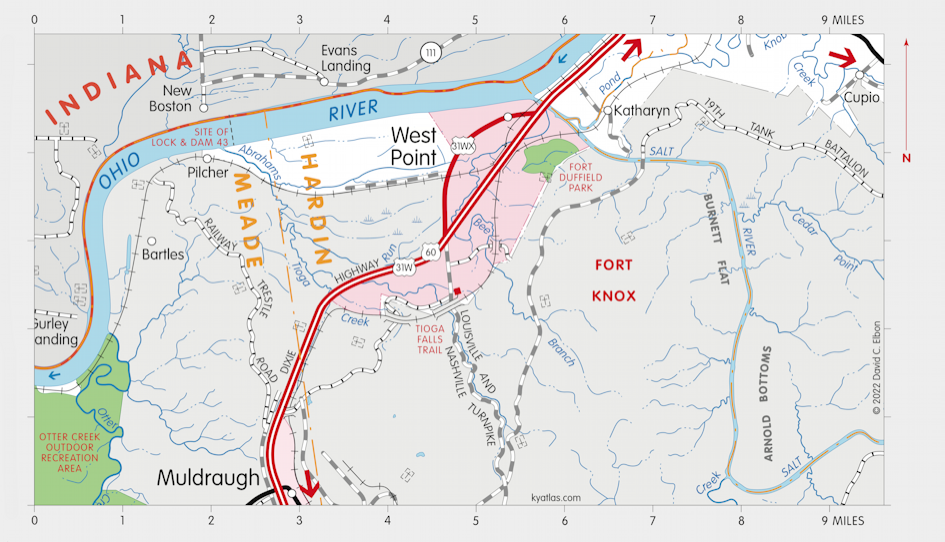 Bartles was in Meade county north of the mouth of Otter Creek on the Ohio River. It was originally the Gerkins Station on the Louisville, Saint Louis, and Texas Railway and was later known as Willowdale and finally Bartles. Several locations in the vicinity were probably involved. It is now within Fort Knox.