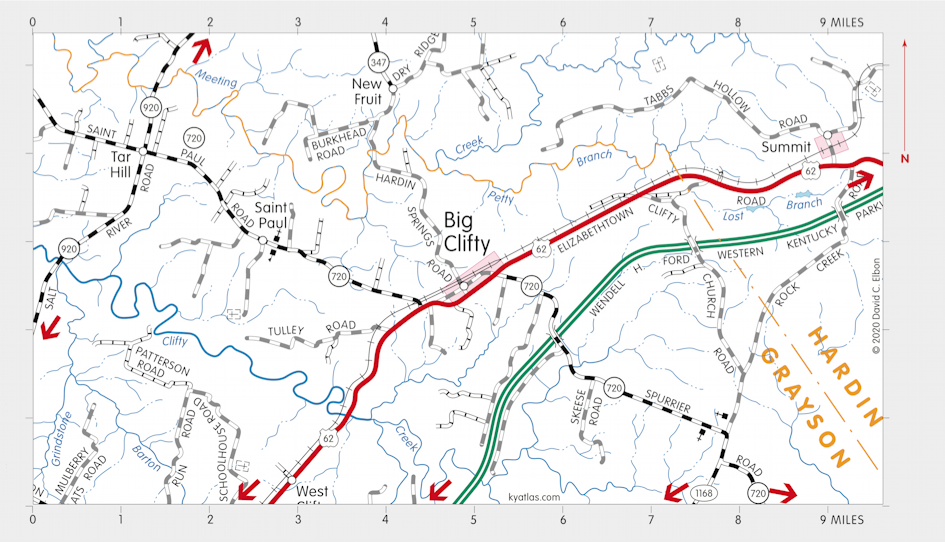 Big Clifty is a Grayson county community about ten miles northeast of Leitchfield near Clifty Creek, for which it was named. There was settlement in the first half of the nineteenth century, which accelerated with the arrival of the Elizabethtown and Paducah Railroad circa 1874. Big Clifty was incorporated in 1890, but was later dissolved. The Big Clifty post office opened in 1843. The estimated population of the Big Clifty census designated place in 2019 was 404.