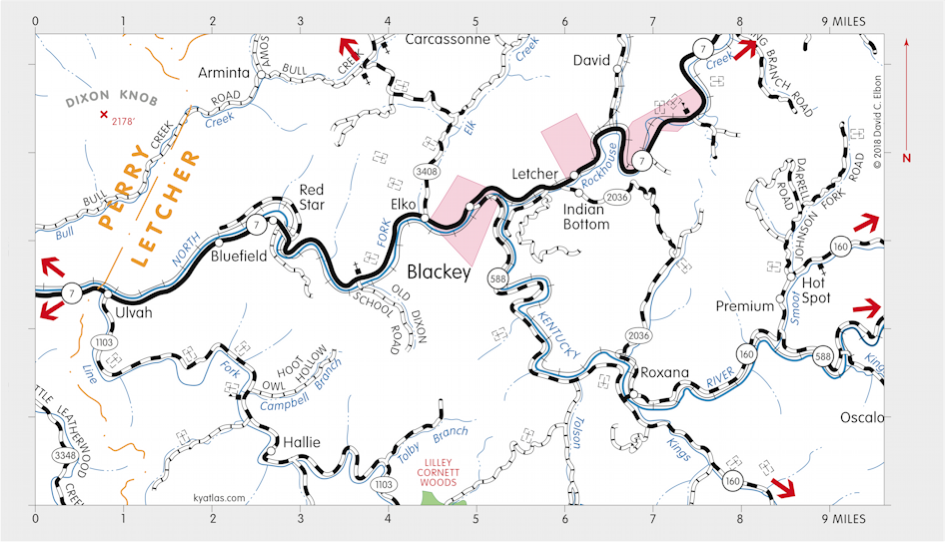 Blackey is a Letcher county town about 15 miles west of Whitesburg on the North Fork of the Kentucky River at the mouth of Rockhouse Creek. One of the earliest Anglo-American settlements in the area, known as Indian Bottom, may have been at or near the site. The community was probably named for Blackey Brown, a local resident. It was served by the Louisville and Nashville Railroad.

The Blackey post office opened in 1908 and closed in 1913. In 1919 the Indian Bottom post office, which opened about 1850 just up Rockhouse Fork, moved to Blackey and assumed that name.

From 1913 to 1957 Blackey was the home of the Stuart Robinson School, a settlement school and Presbyterian mission. It was coeducational and had both residential and day students. It included a farm and various shops.