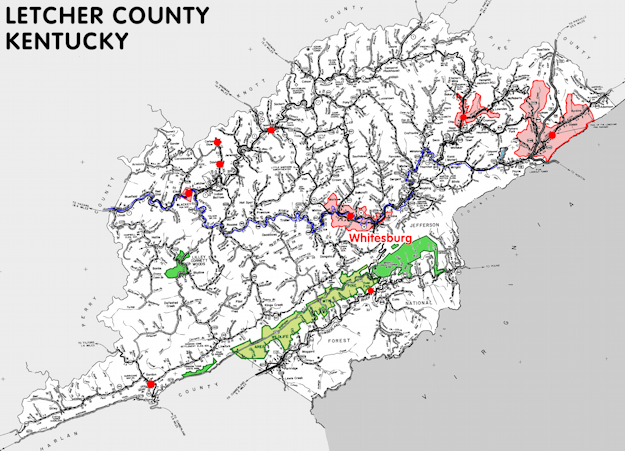 Letcher county is in the Eastern Coal Field region of Kentucky. The elevation in the county ranges from 940 to 3720 feet above sea level.

It was formed in 1842 from Harlan and Perry counties. The county seat is Whitesburg. Letcher county was a source of Knott (1884) county.

Coal mining has long been the principle industry in the county and several of its towns, including Jenkins, Fleming, and McRoberts, began as mining camps.

Letcher county was the setting for the early twentieth century novels The Little Shepherd of Kingdom Come and The Trail of the Lonesome Pine of John Fox, Jr. Kingdom Come State Park is located in the southwest of the county on the border with Harlan county. Lilley Cornett Woods, one of the largest tracts of protected old-growth forest in the state, is located in the county.