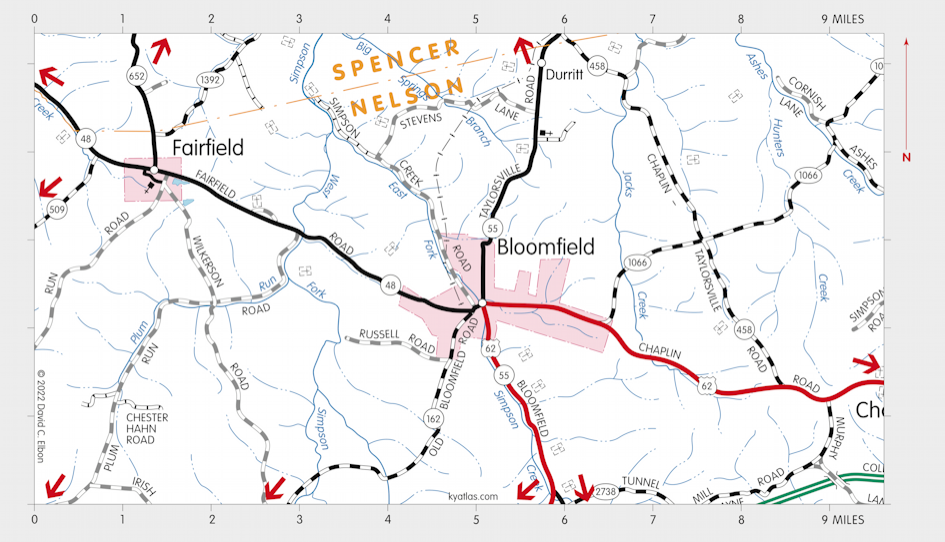 Bloomfield is a Nelson county city about 12 miles northeast of Bardstown on the East Fork of Simpson Creek. The settlement was originally known as Middleburg or Middlesburgh. The origin of the name isn't known, although it is between Bardstown and Taylorsville, two older towns. The town of Bloomfield was established in 1817 by Dr. John Bemiss and named for his wife, Elizabeth Bloomer, and son-in-law, Samuel Merrifield.

Bloomfield was incorporated in 1819.

The Middleburg post office opened in 1803 and was renamed Bloomfield in 1818.