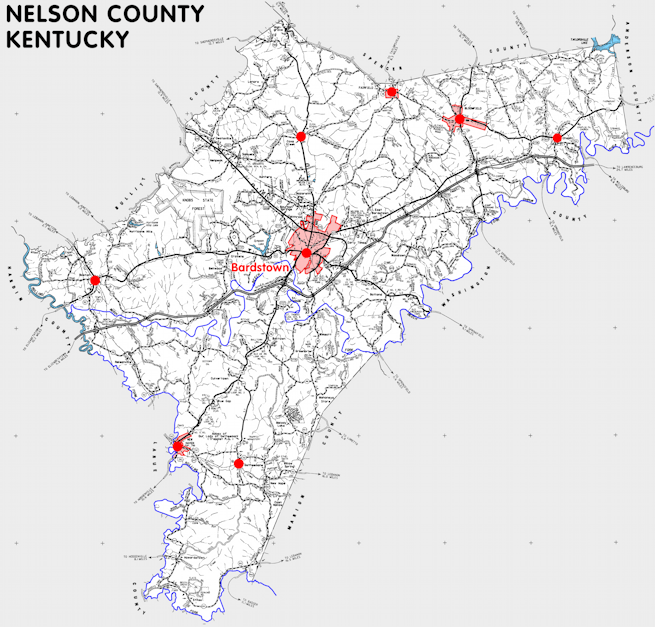 Nelson county is in the Western Knobs region of Kentucky. The elevation in the county ranges from 390 to 1090 feet above sea level.

The equine population was 2,800 in the 2012 Kentucky Equine Survey.

Nelson county is in the Bardstown micro statistical area and the Lincoln Trail Area Development District.

Nelson county was formed while the territory was part of Virginia and named for Thomas Nelson, a Virginia governor and signer of the Declaration of Independence.

Many of the early settlers in the county were Roman Catholic and a diocese was established in Bardstown in 1808, where the Saint Joseph Proto-Cathedral was completed about 1825. Nelson county is home to the Abbey of Gethsemani and the Sisters of Charity of Nazareth.

Whiskey has been produced commercially in Nelson county since 1844 and it is still home to several distilleries. The Oscar Getz Museum of Whiskey History is located in Bardstown.