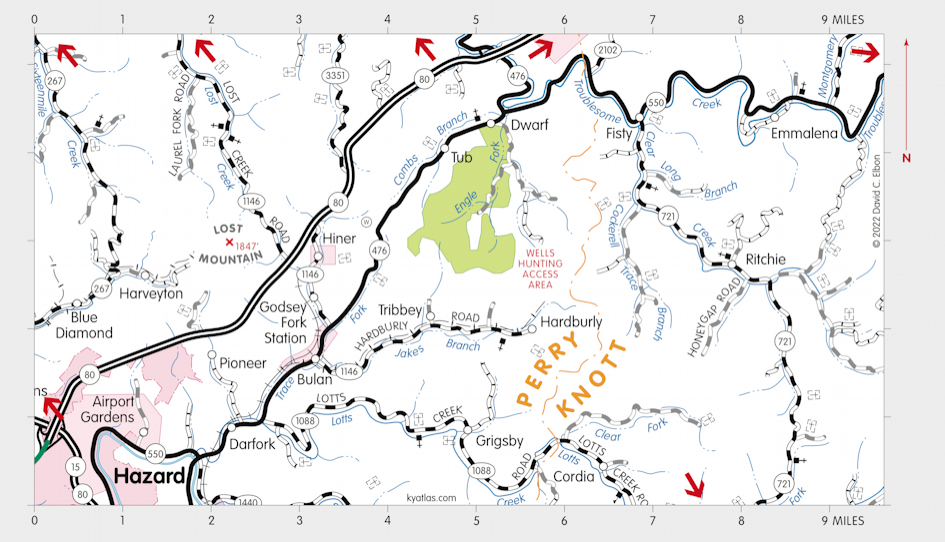 Blue Diamond was a Perry county coal camp on First Creek just north of Hazard. The Blue Diamond Coal Company established the town circa 1916 and at its peak in the 1930s the population was about 2,000. The nearby mines closed later in the twentieth century and the town was mostly abandoned. The site and railroad station were also known as Cardiff.