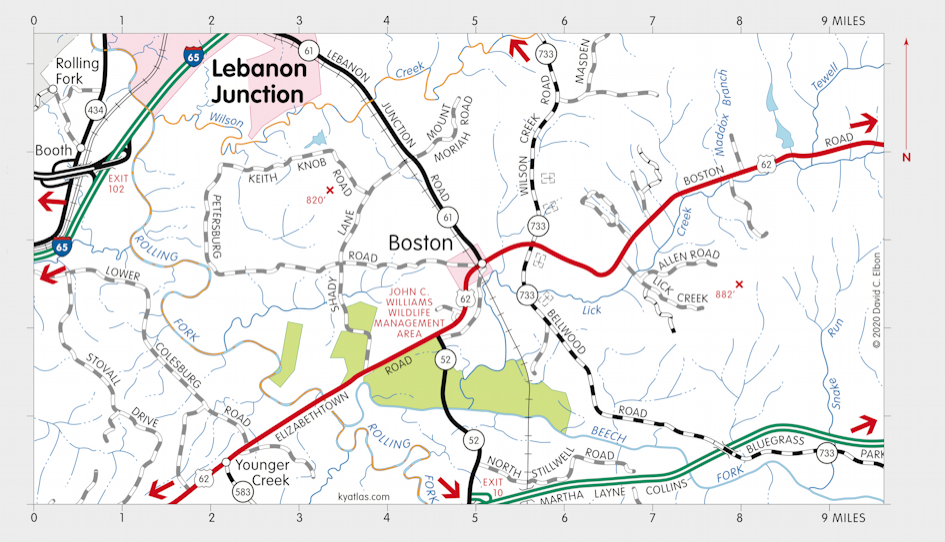 Boston is a Nelson county city on Lick Creek about 12 miles west of Bardstown. The original settlement, probably dating from the early nineteenth century, was likely a little east of the current location at what was once known as Old Boston. The town moved sometime in the middle of the century, probably to be nearer the new railroad and to escape flooding. The source of the name is not known. The Boston post office opened in 1831. The population of the Boston census designated place in 2010 was 266.

An even older town, Beallsborough, was located southwest of Boston at the mouth of Beech Fork on the Rolling Fork of the Salt River. It was settled around 1780 and was established as Beallsborough, Virginia in 1787. It was probably abandoned because of flooding. The name came from the Beall family, local landowners.