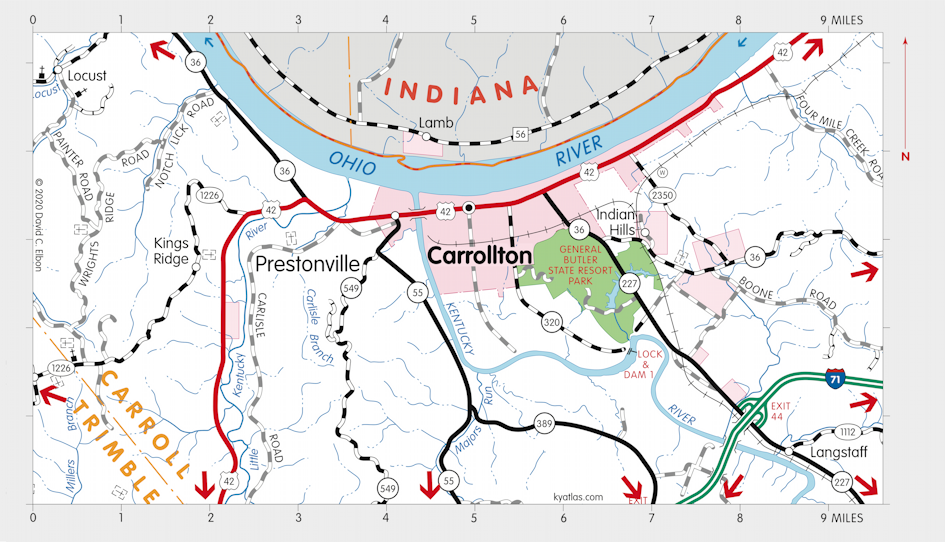 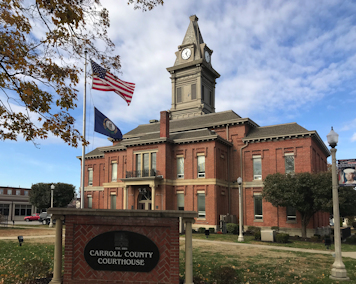 The Carroll County Courthouse in Carrollton. This is the second courthouse, completed in 1884.