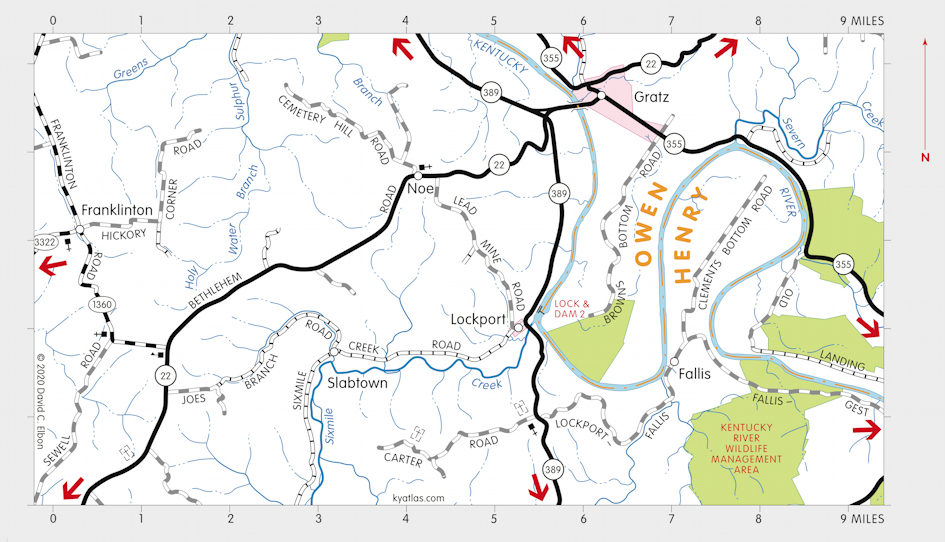 Lockport is a Henry county community near the mouth of Sixmile Creek on the Kentucky River about 12 miles east of New Castle. The site was originally known as Wallace's Warehouse, but was named Lockport in 1840 for the nearby lock on the river built that year. Lockport was incorporated in 1854 and dissolved in 1986. The Wallaceville post office opened nearby in 1833 and closed in 1835. The Lockport post office opened in 1840, closed and reopened several times, finally closing circa 1991.