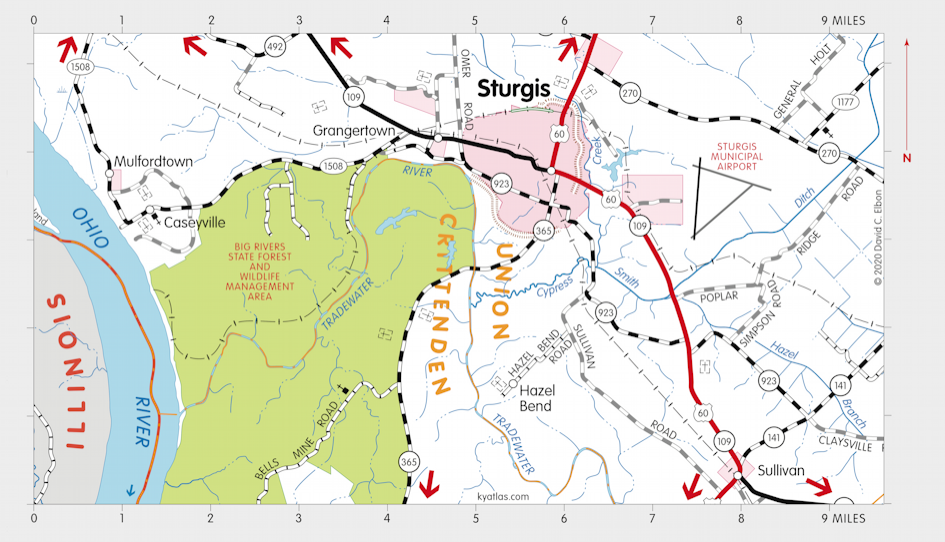 Caseyville is a Union county community on the Ohio River about 13 miles southwest of Morganfield. It was established in the early nineteenth century by Nicholas Casey and others and became known as Casey's Landing. It was a prosperous trading and commercial center until the decline of river traffic and severe floods and fires in the 1880s. Some residents moved to higher ground at nearby Mulfordtown.

Caseyville was incorporated in 1837, but dissolved circa 1987.