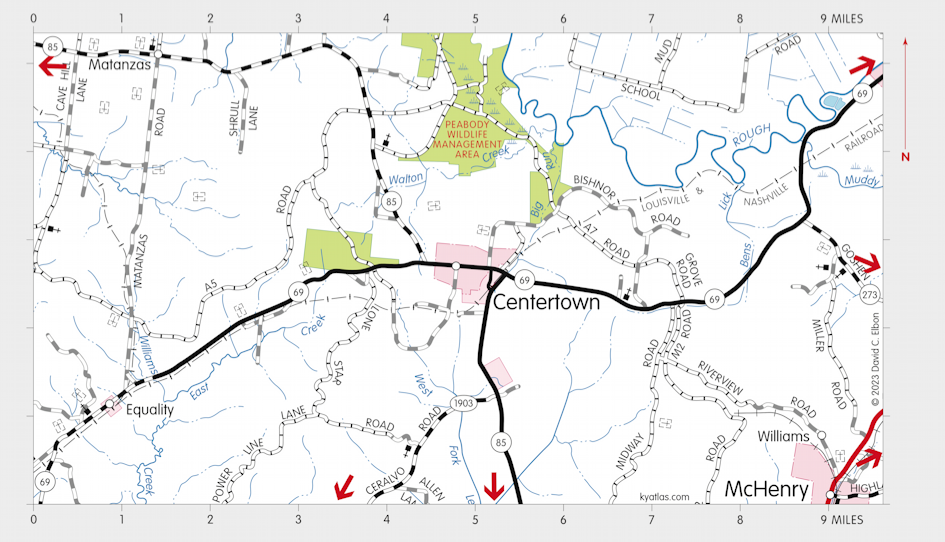 Centertown is an Ohio county town on KY 69 and KY 85 about three miles southwest of Hartford. It was possibly named for its location between Hartford and the Green River and the name Centerville may have been in use by 1860. The railroad arrived in 1907 and was abandoned in the late twentieth century. There was underground coal mining nearby and strip mining in more recent years. Centertown was incorporated in 1890. The Centre Town post office opened in 1866 and was later renamed Centertown. The population in 2010 was 423.