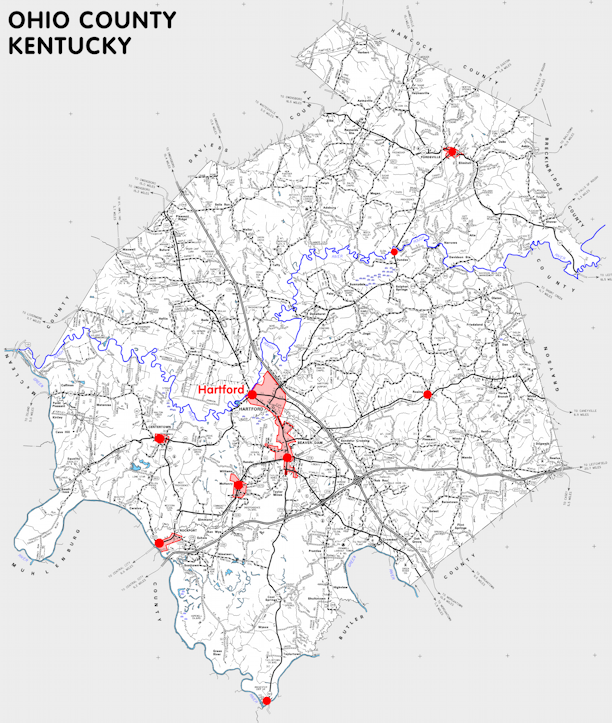 Ohio county is in the Western Coal Field region of Kentucky. The elevation in the county ranges from 365 to 800 feet above sea level.

The equine population was 1,000 in the 2012 Kentucky Equine Survey.

Ohio county is in the Green River Area Development District.

Ohio county was named for the Ohio River, which was its northern boundary until Daviess and Hancock counties were formed.