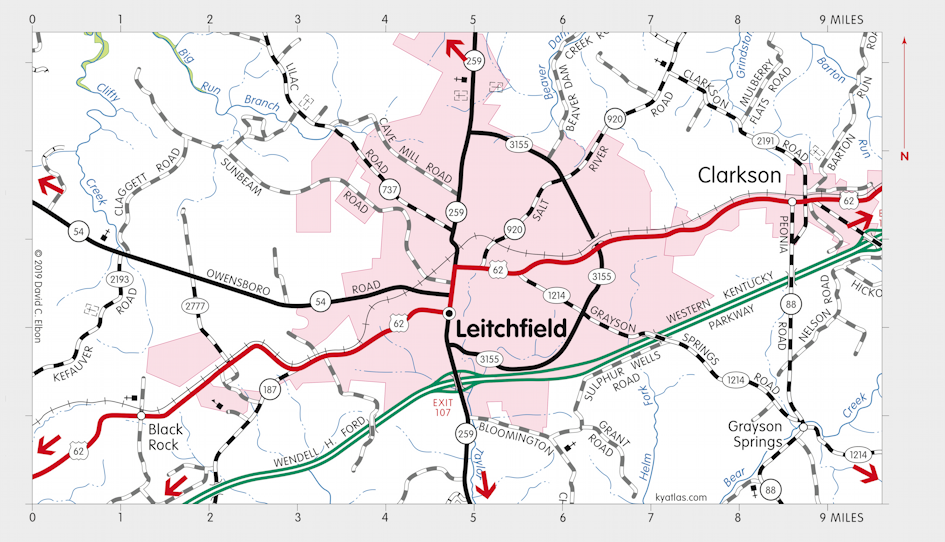 Clarkson is a Grayson county town about four miles east of Leitchfield. The town grew around a station on the Elizabethtown and Paducah Railroad, which arrived about 1871. The station was named Grayson Springs for the nearby resort and the town was eventually named for the owner of the resort.

Clarkson was incorporated in 1880.

The Grayson Springs Station post office opened in 1871 and was renamed Clarkson in 1882.

Clarkson has been designated the Honey Bee Capital of Kentucky and the Clarkson Honeyfest is the official state honey festival.