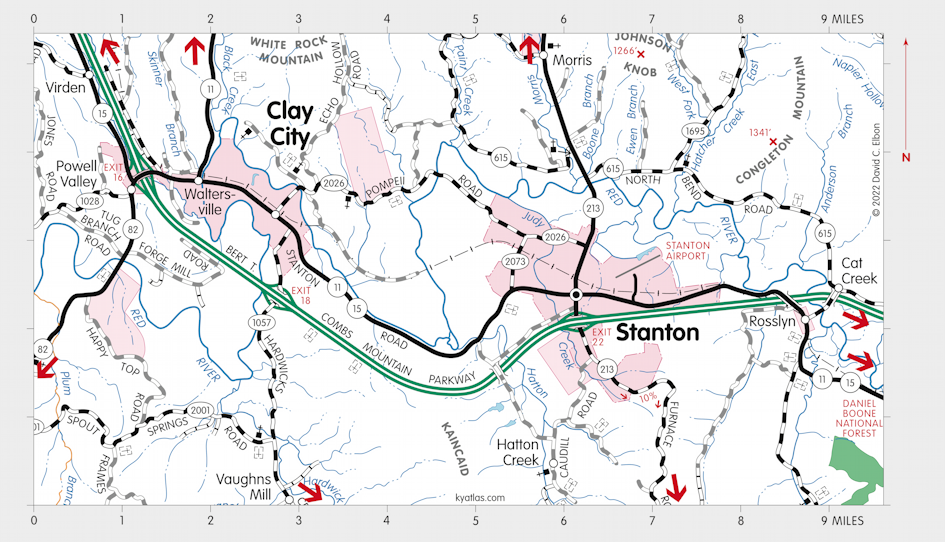 Clay City is a Powell county town on the Red River about three miles west of Stanton. Iron ore was discovered in the area in 1786 and the first iron forge west of the Alleghenies was built here. The settlement was known as Collins Forge, for the Collins brothers who had discovered the ore and began the mining and refining operation. An iron furnace was built by 1805 and the area became known as the Red River Iron Works. The Clay City name may be for Henry Clay or for local clay deposits and an associated brick works.

Clay City was incorporated in 1880.