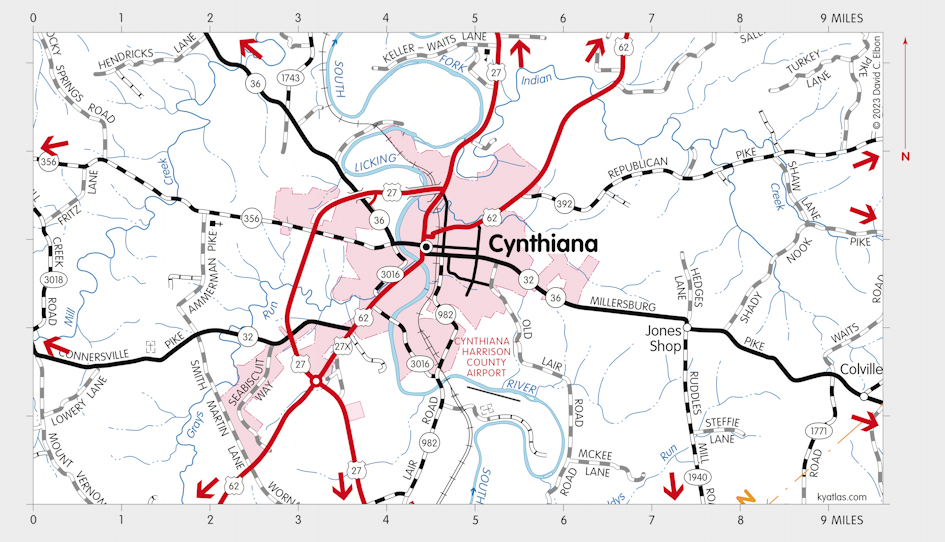 Settlement along the South Fork of the Licking River in the area of Cynthiana, the seat of Harrison county, began in 1775 with Hinkston's, later Ruddell's Station. Cynthiana was established in 1793 on land donated by Robert Harrison and named for his daughters Cynthia and Anna.

Cynthiana was incorporated in 1802.

The Cynthiana post office opened in 1801 (using the spelling Cinthiana in its early years). 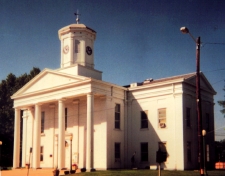 The Harrison county courthouse in Cynthiana was completed in 1853.