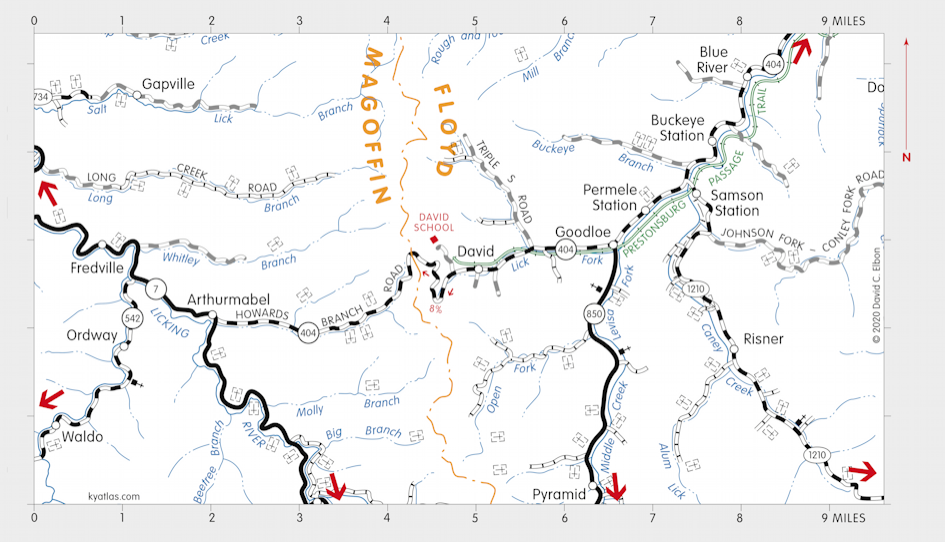 David is a Floyd county community about seven miles southwest of Prestonsburg. Nearby is a salt spring that was discovered by settlers, said to include Daniel Boone, circa 1768 and later known as Young's Salt Works. The area was known as Lick Fork.

The town was created by the Princess Elkhorn Coal Company in 1941 and named for David L. Francis, general manager. It included a store, school, church, swimming pool, etc. The mine closed circa 1968. The town was purchased by the residents as the David Community Development Corporation in 1975.

David is the home of the David School, which opened in 1974, a high school “for Appalachian youth and adults who have limited financial resources and the potential to succeed in a non-traditional setting.”

The Prestonsburg Passage Trail is an 8.5 mile asphalt rail-trail that extends from David to Prestonsburg.

There is another community called David in Letcher county.