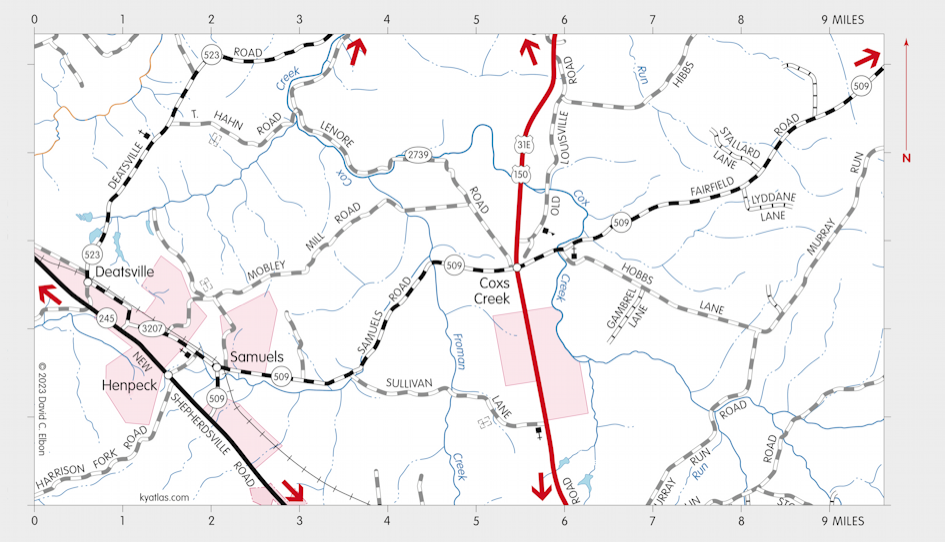 Taylor W. Samuels opened a distillery just north of the site of Deatsville in 1844. The T.W. Samuels company constructed a new distillery in Deatsville at the railroad after Prohibition in 1933. It closed sometime in the mid-twentieth century and it is listed on the National Register of Historic Places.