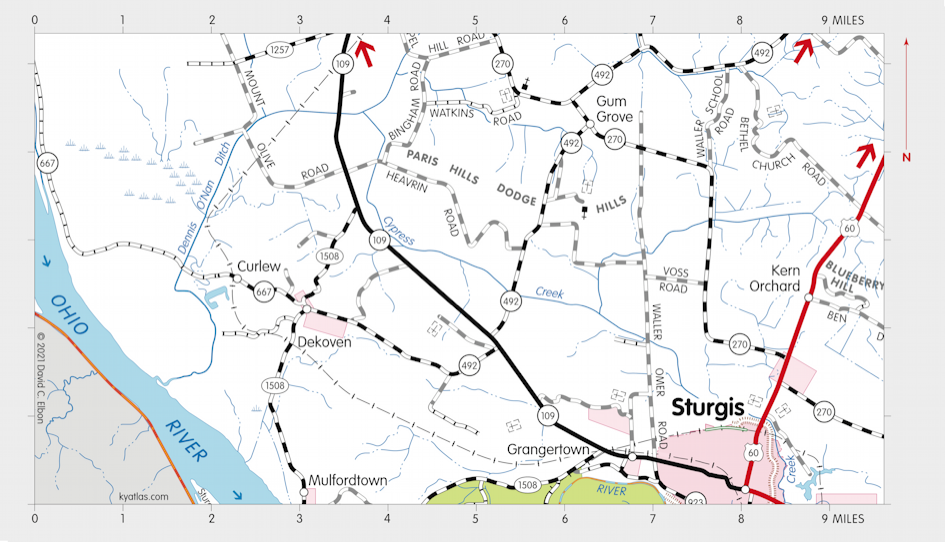 Dekoven is a Union county community about 14 miles southwest of Morganfield. Coal mining in the area began in the early nineteenth century, but became more intense circa 1859. A short rail line was built to the Ohio River to haul coal in 1872 and a regular rail connection arrived in 1886. Mining reached a peak in the early 1920s and the population reached 1,500. Mining stopped in 1924 and the town was mostly deserted. The Dekoven post office operated from 1871 to 1958.