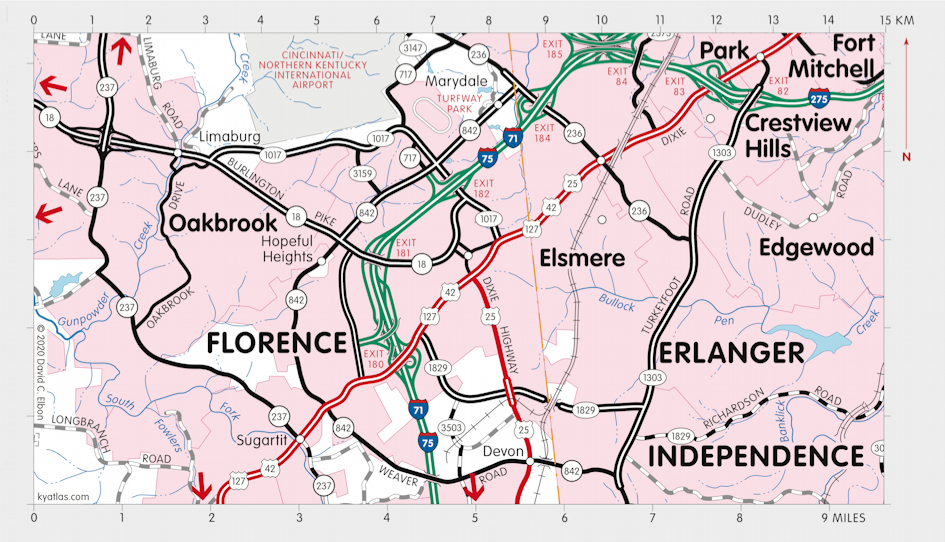 Erlanger is a northwestern Kenton county city about five miles west of Covington. It was settled beginning in 1807 and was originally known as Timberlake, for William T. Timberlake. It was located on the Covington-Lexington Turnpike, which was chartered in 1829, and in 1873 became a station on the Southern Railway. The station was known as Greenwood, Greenwood Lake, or Greenwood Station, named for Miles Greenwood, the railroad's president. It was renamed Silver Lake in 1877 for the nearby reservoir. In 1882 the town was named Erlanger for Baron Frederic Emile d'Erlanger. Erlanger was incorporated in 1897. The Greenwood Station post office opened in 1877, was renamed Greenwood Lake in 1878, and was finally renamed Erlanger in 1882. The post office closed in 1920. The population of Erlanger in 2010 was 18,082.