Fairfield is a Nelson county town near the border with Spencer county about 12 miles northeast of Bardstown. Settlement in the area began about 1795 as a number of families moved into the area from Maryland. It was first known as Gardiners Station for a family of settlers. It was often referred to in its early years as Turkey Town for the abundant birds, but was eventually named Fairfield. The origin of that name isn't known.

Fairfield was established in 1818 and incorporated in 1870.

Beginning in 1854 Henry McKenna operated a mill and distillery in Fairfield which became the town's major employer. The distillery closed during Prohibition, but reopened after repeal. It was sold to Seagram and Sons in 1941, and later owners, and was closed circa 1974. 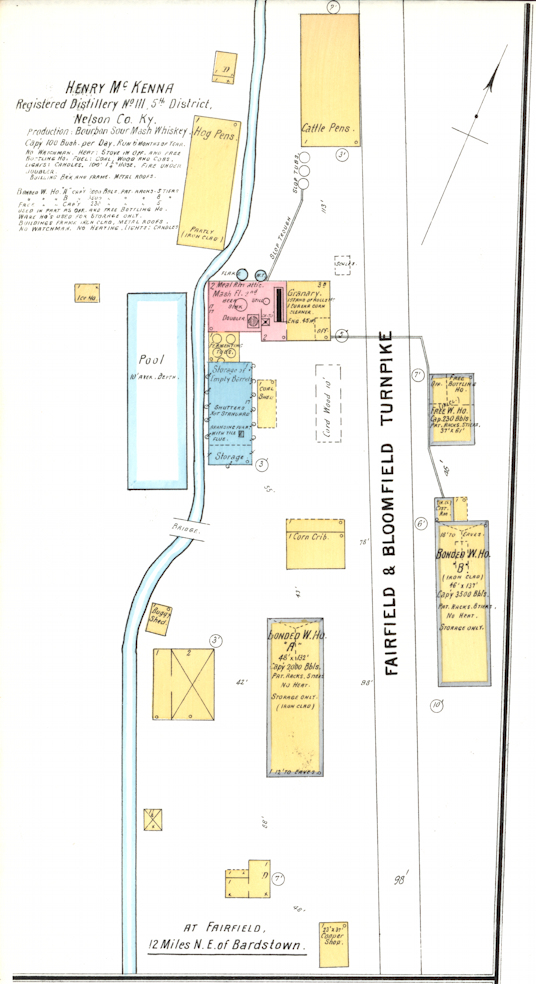 The McKenna Distillery. From the Sanborn map of Bardstown and surrounding towns, October 1899. (Library of Congress, Geography and Map Division, Sanborn Maps Collection.)