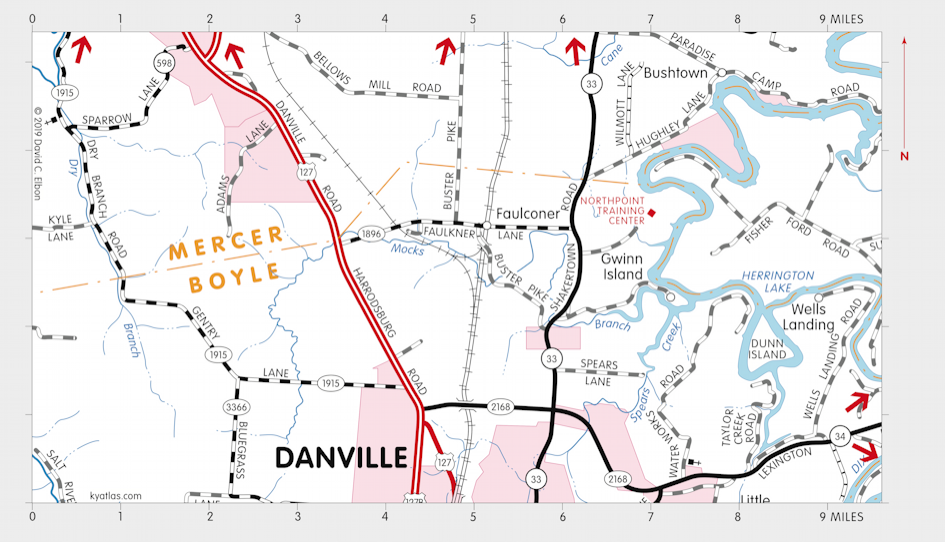 Faulconer was a Boyle county community a few miles north of Danville. It was a station on the Cincinnati, New Orleans, and Texas Pacific Railway (later Southern Railway) and may have first been known as Bishop or Bishopton. A Faulconer post office operated from 1887 to sometime in the early twentieth century.

The Northpoint Training Center, a medium-security state prison, is just east of Faulconer. It was built in 1937 as a psychiatric hospital. From 1941 to 1946 it was operated by the United States Army to treat soldiers – as the Darnell General Hospital – and to house German and Italian prisoners of war. It was returned to the state in 1946 and operated as the Kentucky State Hospital until 1977. It was transfered to the Department of Corrections in 1983 and now houses about 1,200 inmates.