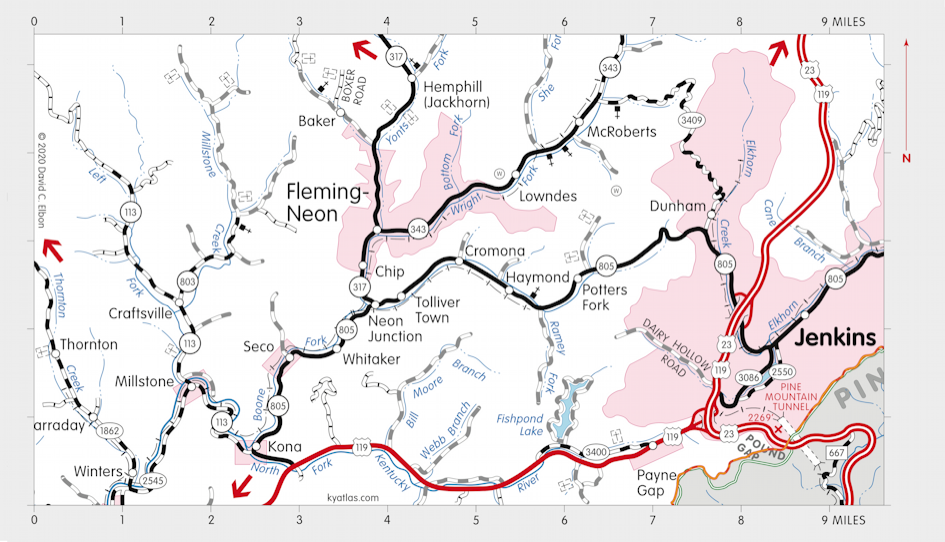 Fleming-Neon is a Letcher county city on Wrights Fork about eight miles northeast of Whitesburg. Fleming was established in 1913 by the Elk Horn Coal Corporation and named for George W. Fleming, one of its officers. Neon (the source of the name is obscure) was established in 1913 as a trading center to serve the nearby coal towns, including Fleming and McRoberts. Neon was incorporated in 1917, Fleming probably around the same time. Fleming and Neon merged in 1978. A post office operated nearby at Chip from 1902 until 1915. The Fleming post office opened in 1914 and closed in 1986. The Neon post office opened in 1926. The population of Fleming-Neon in 2010 was 770.