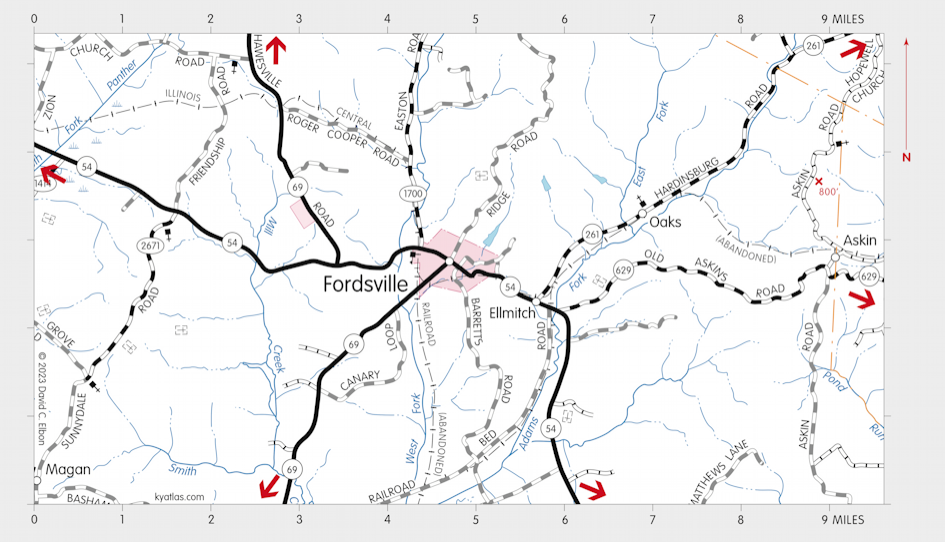 Fordsville is an Ohio county town on the West Fork of Adams Fork of Rough River about 14 miles northeast of Hartford. At or near the site of the current town was Haynes Station, named for an early settler. The Fordsville name comes from another early settler. In the late nineteenth century it was on both the Illinois Central and the Louisville and Nashville Railroads. Both were abandoned in the twentieth century. Fordsville was incorporated in 1886. The Haynesville post office opened in 1837 and was renamed Fordsville 1846. The population in 2010 was 524.