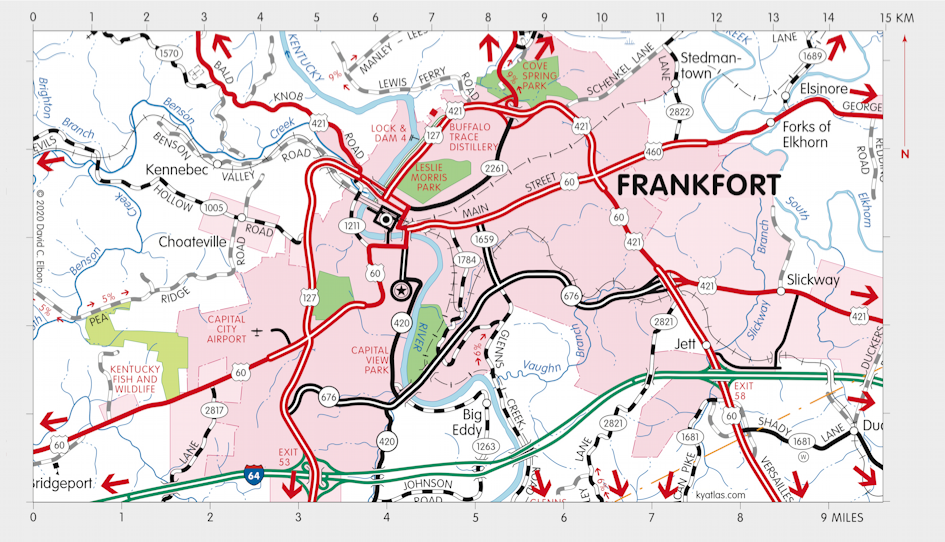 Frankfort is both the seat of Franklin county and of the state government. It lies along the Kentucky River and is served by I-64, US 60, US 127, US 460, and US 412. The area was visited by English explorers beginning in 1751 and settlement began in the 1780s. The name probably comes from Stephen Frank, a settler who was killed at what came to be known as Frank's Ford. The town was established in 1786 as Frankfort, Virginia, and became the capital of the new state in 1792. It was incorporated in Kentucky in 1835. The Frankfort post office opened in 1794. The population in 2010 was 25,527.

The original town of Frankfort was on the north side of the Kentucky River. It has expanded to include the once independent towns of South Frankfort, south of the River, and Leestown, to the north.

Frankfort is the home of Kentucky State University. 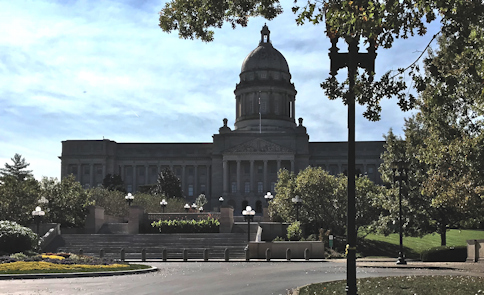 The State Capitol was completed in 1910. 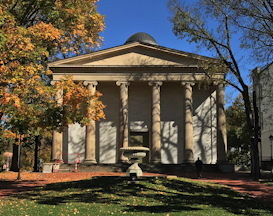 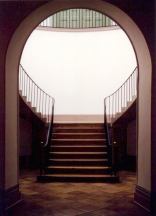 The Old State Capitol was completed in 1830 and used until the new capitol was built. The Old State Capitol, the third in Frankfort, was designed by Kentucky architect Gideon Shryock and includes a self-supporting circular stone stairway in the rotunda. It is now operated as a museum by the Kentucky Historical Society. 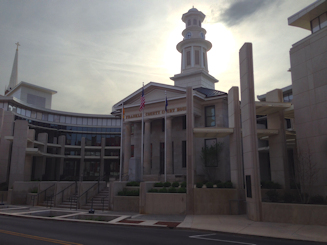 The Franklin County Courthouse was built in 1835, designed by Gideon Shryock. An addition was built in 1949 and it was further expanded in 2013.

Frankfort is the capital of Kentucky, and is as quietly dull a little town as I ever entered. It is on the river Kentucky, and as the grounds about it on every side rise in wooded hills, it is a very pretty place. In January it was very pretty, but in summer it must be lovely. I was taken up to the cemetery there by a path along the river, and am inclined to say that it is the sweetest resting-place for the dead that I have ever visited. Daniel Boone lies there. He was the first white man who settled in Kentucky; or rather, perhaps, the first who entered Kentucky with a view to a white man's settlement. Such frontier men as was Daniel Boone never remained long contented with the spots they opened. As soon as he had left his mark in that territory he went again further west over the big rivers into Missouri, and there he died. But the men of Kentucky are proud of Daniel Boone, and so they have buried him in the loveliest spot they could select, immediately over the river. Frankfort is worth a visit, if only that this grave and graveyard may be seen. The legislature of the State was not sitting when I was there, and the grass was growing in the streets.