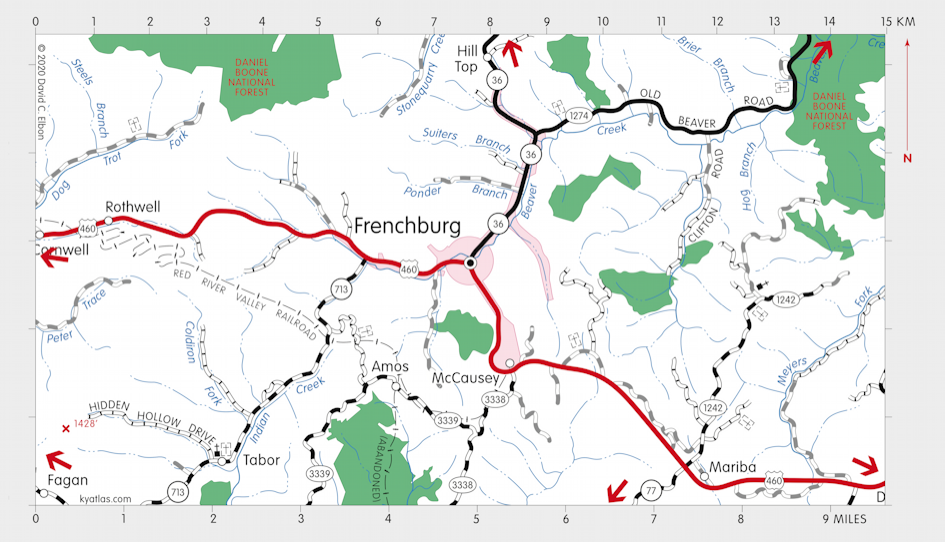 Frenchburg, the seat of Menifee county, is located near the center of the county on US 460. It was founded in 1869 and named for Judge Richard French. Frenchburg was incorporated in 1871. The Frenchburg post office opened in 1871. The population in 2010 was 486.

On the western end of Frenchburg is the campus of the Frenchburg School. Established in 1909 as a Presbyterian mission, it was a residential high school and eventually included a hospital. The school closed in 1957 and the hospital in 1967. There are several buildings remaining, but most have been damaged over the years. The campus is listed in the National Register of Historic Places.