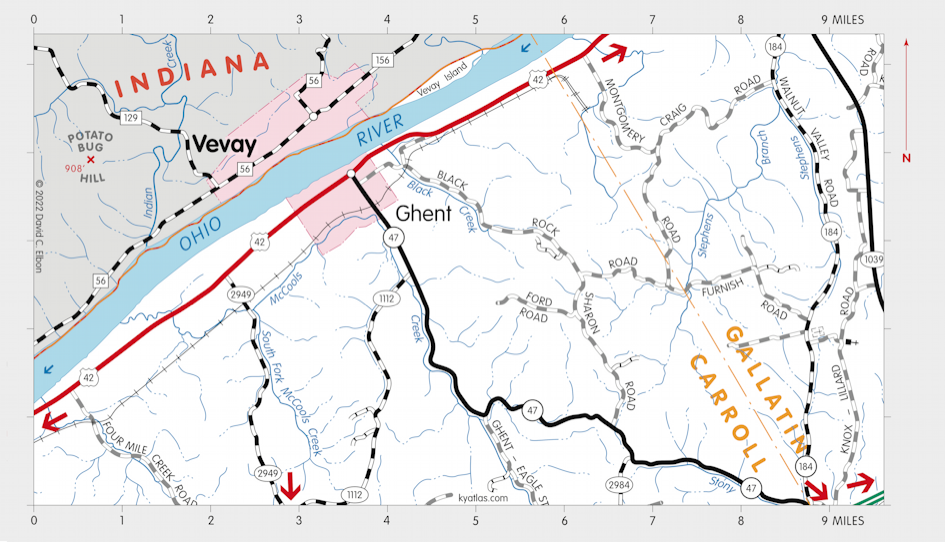 Ghent is a Carroll county town on the Ohio River about seven miles northeast of Carrollton. It was settled in the late eighteenth century and was first known as McCool's Creek Settlement. It was more formally established in 1814 and named for the city in Belgium at the suggestion of Henry Clay.

Ghent was incorporated in 1824.

There is no crossing of the Ohio River at Ghent. A ferry operated from Ghent to Vevay, Indiana from about 1802 to 1977.