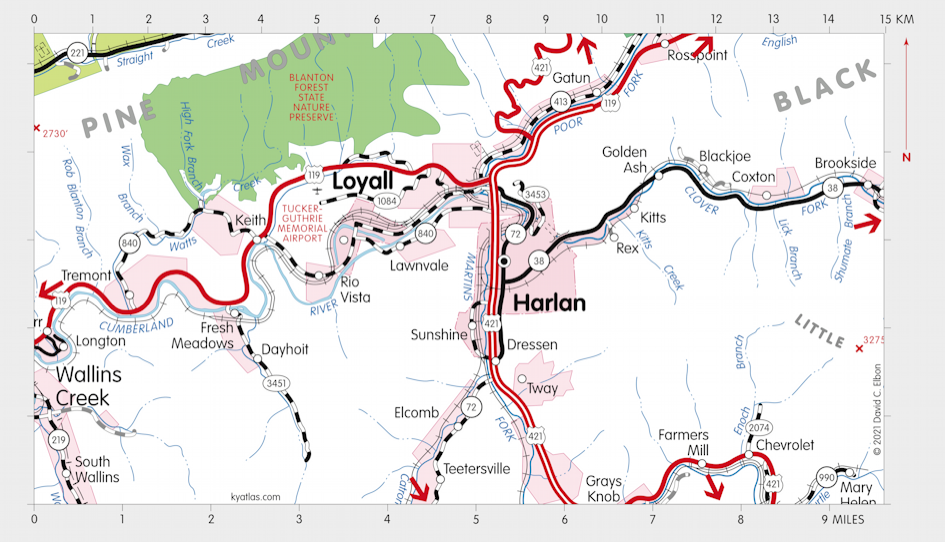 Harlan, the seat of Harlan county, is located at the forks of the Cumberland River. It was settled beginning around 1796 and was known as Mount Pleasant, for a local Indian mound, when it became the seat of the new county in 1819.

Originally incorporated as Mount Pleasant and as Harlan in 1884.

The post office opened in 1828 as Harlan Court House, was known as Spurlock, for the postmaster, in the early 1860s, and was renamed Harlan in 1865.

Harlan is the home of a campus of Southeast Kentucky Community and Technical College.