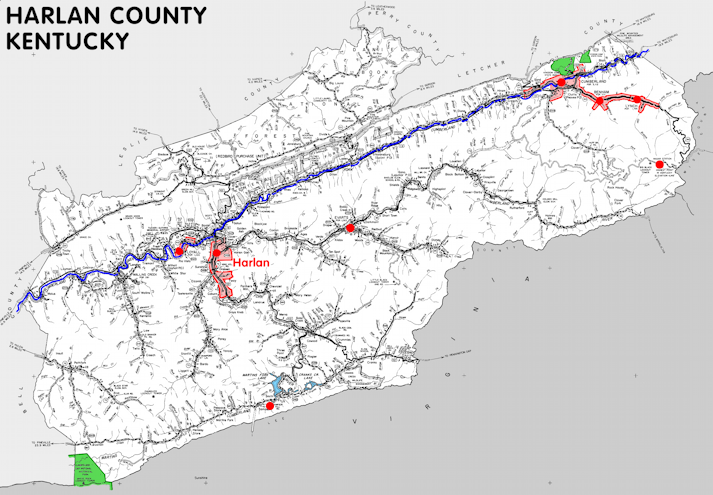 Harlan county is in the Eastern Coal Field region of Kentucky. The elevation in the county ranges from 1070 to 4145 feet above sea level, the highest in the state.

Harlan county is in the Cumberland Valley Area Development District.

Harlan county was named for Silas Harlan, an early settler who fought in the American Revolution and died at Blue Licks in 1782.

Several mountains run through the county, including Pine and Black. The highest point in Kentucky is on Black Mountain just outside Lynch. Coal mining and logging have long been the principle industries in the county and several of its towns, including Lynch and Benham, began as mining camps.

Cumberland is the home of Southeast Community and Technical College. The Pine Mountain Settlement School is in the town of Pine Mountain.