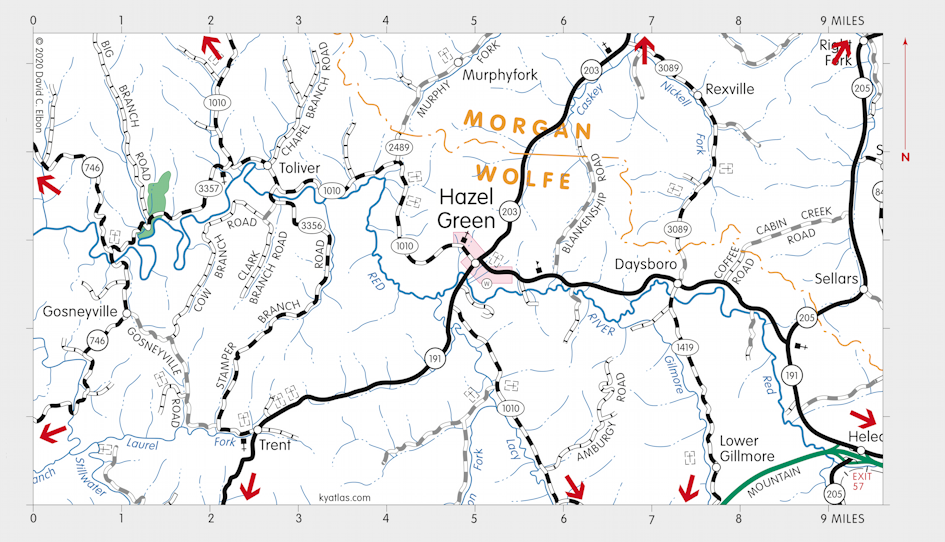 Hazel Green is a Wolfe county town on the Red River about seven miles north of Campton. It was settled circa 1800 and named for locally abundant hazel trees. Hazel Green was incorporated in 1856, but was later dissolved. The Hazle Green post office opened in 1829 and changed the spelling to Hazel Green in 1889. The population of the Hazel Green census designated place was 228 in 2010.

It was the home of the Hazel Green Academy from 1880 to 1983. Several resort hotels were once located at nearby Swango Springs and mineral water was commercially bottled there until 1943.