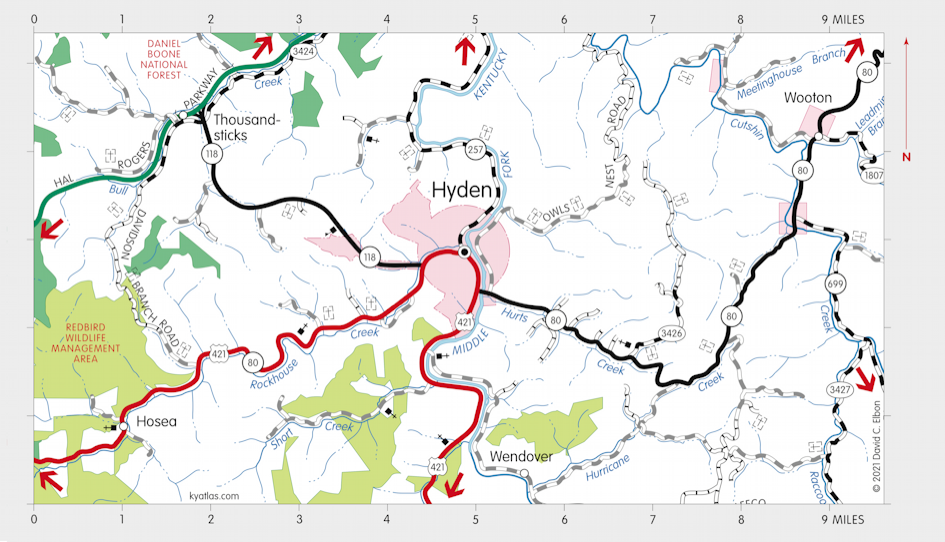 Hyden, the seat of Leslie county, was founded in 1878 and named for state Senator John Hyden. The town is at the mouth of Rockhouse Creek on the Middle Fork of the Kentucky River.

Hyden was incorporated in 1882.

Hyden has been designated a Kentucky Trail Town.

On 30 December 1970 there was an explosion of coal dust at the Finley Mine southeast of Hyden on Hurricane Creek. Thirty eight miners were killed and one survived. A memorial was built at the site in 2011.