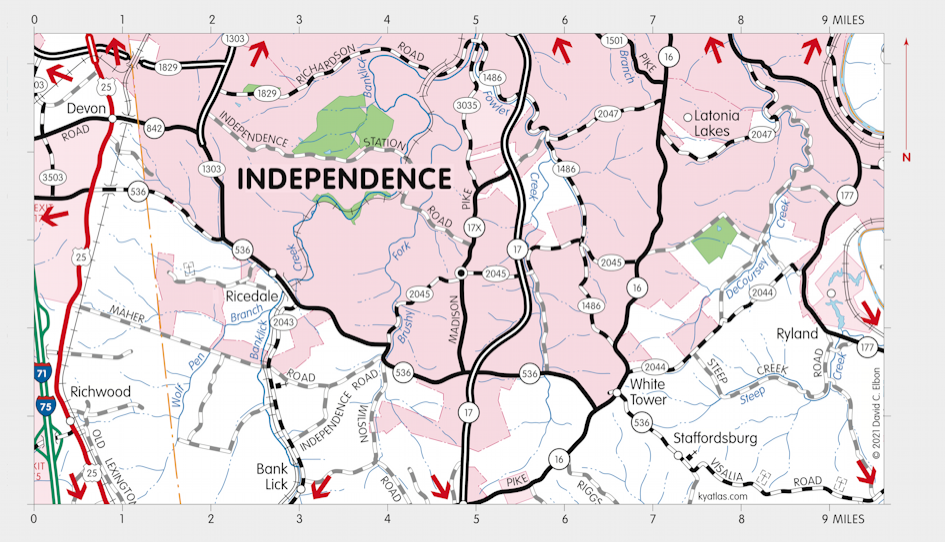 Independence, one of the seats of Kenton county, is located in the central part of the county about ten miles south of Covington, the other county seat. Independence was formed with the new county in 1840 and named to mark independence from Campbell county.

Independence was incorporated in 1842.