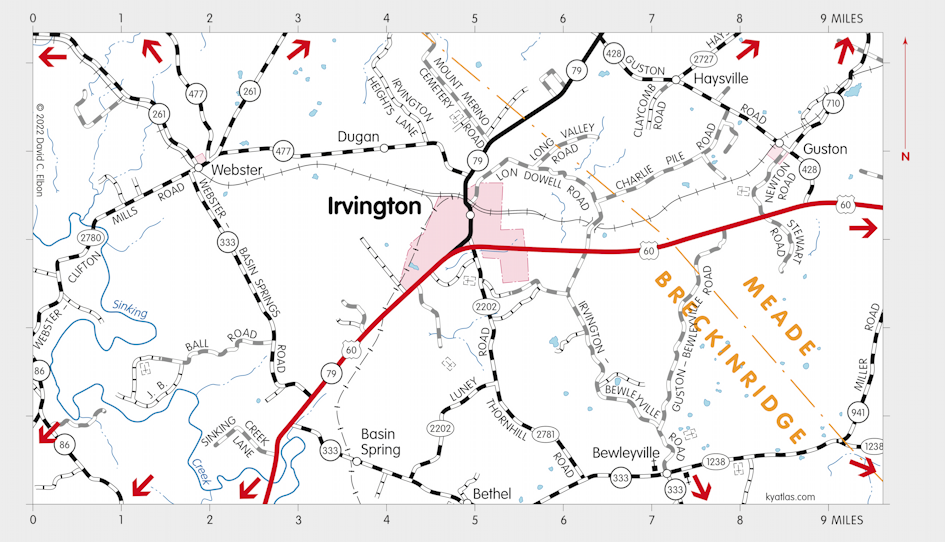 Irvington is a northeastern Breckinridge county city near the border with Meade county, about nine miles northeast of Hardinsburg. It was established as a station on the Louisville, St. Louis, and Texas railroad in 1888 and named for Irvington, New York, the home of the railroad's chief engineer.

Irvington was incorporated in 1889.

A post office opened at the site in 1885 as Merino, named for the nearby Mount Merino Seminary, and was renamed Irvington in 1888.

The Mount Merino Seminary was a school for boys with space for about 50 boarders and 50 day students. It was established by Benedict Wathen and Richard M. Wathen in 1838 and operated until 1843. It was supervised by priests from the Roman Catholic Diocese of Bardstown, which in 1838 encompassed all of Kentucky and most of the western United States.