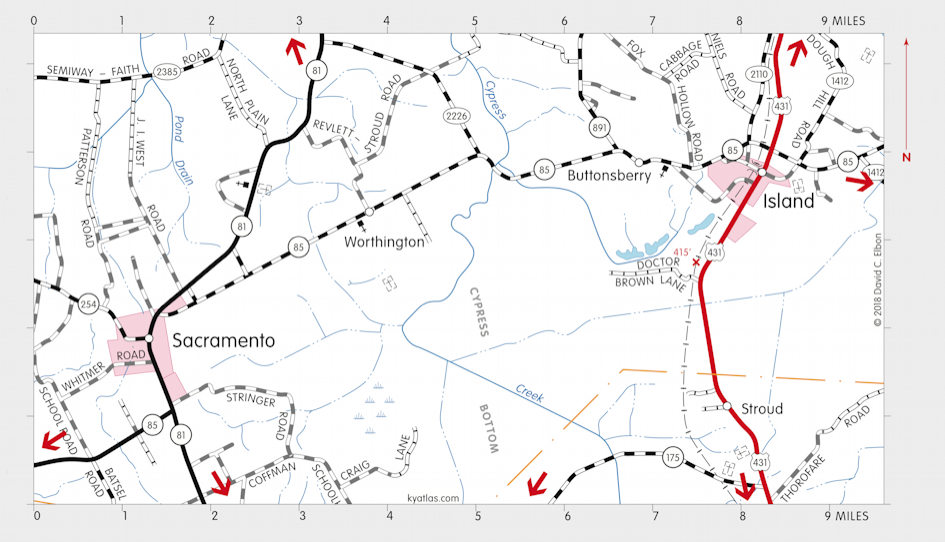 Island is a southeastern McLean county city at the intersection of KY 7 and KY 15 and the L & N Railroad about eight miles southeast of Calhoun. It was named for the land of Judge William Worthington, which was often surrounded by flood water. The Worthington post office opened in 1829 and closed in 1860. Island Station was created on the new Owensboro and Nashville Railroad in 1872. The Island Station post office opened in 1873 and was renamed Island in 1882. Island was incorporated in 1882. The population in 2010 was 458.