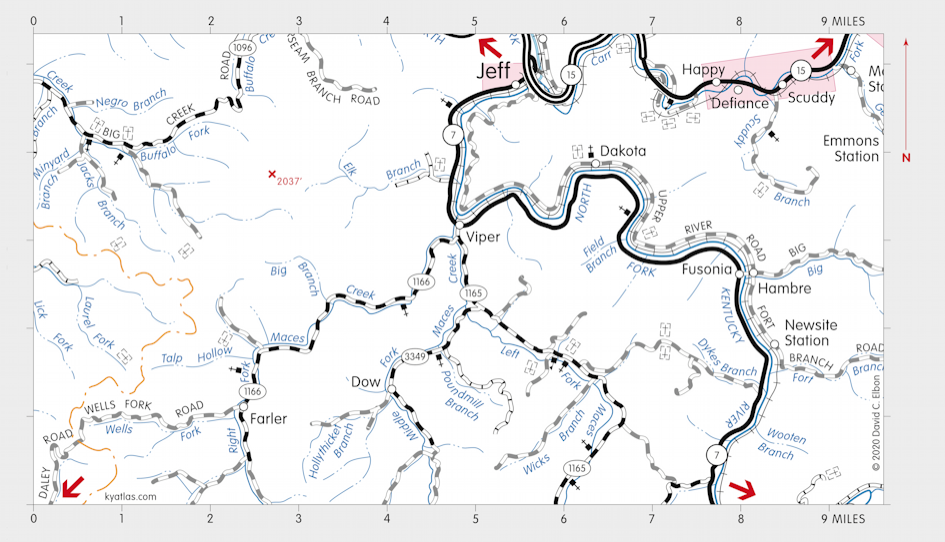 Jeff is a Perry county community on the North Fork of Kentucky River at the mouth of Carrs Creek, about two miles southeast of Hazard. (Maces Creek is also known as Masons Creek.) The name is said to come from snakes found near the store that became the Jeff post office. The area was earlier known as Hallsville, for Philip Hall, a surveyor and timber dealer. Jeff was a station on the railroad as well. The Hallsville post office operated from 1875 to 1879. The Jeff post office operated from 1886 to 2005. The population of the Jeff census designated place was 323 in 2010.