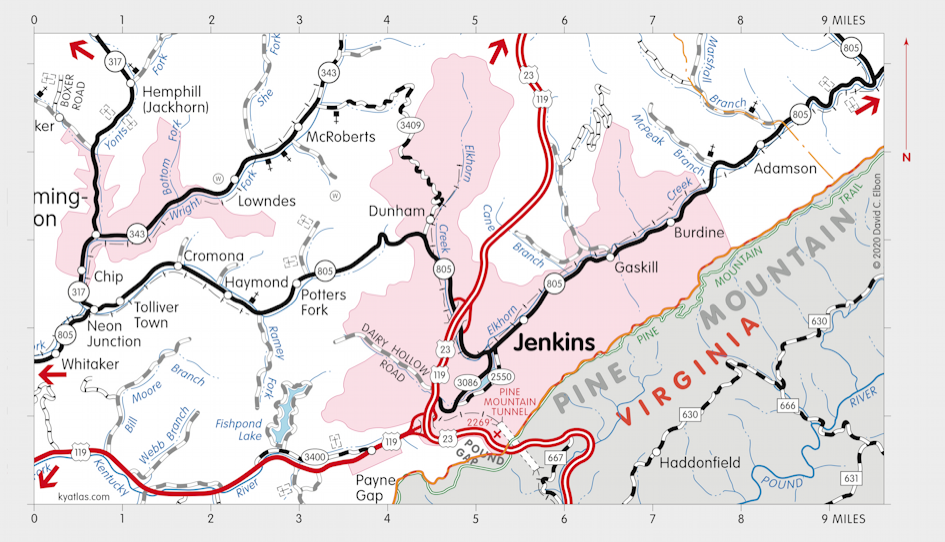 Jenkins is a northeast Letcher county town located on Elkhorn Creek below the Pound Gap of Pine Mountain about 11 miles northeast of Whitesburg. The area was probably settled in the early nineteenth century, but the town was built in 1911 by the Consolidation Coal Company, later known as Consol, and named for George C. Jenkins, a director of the company. Eventually the company sold most of the town to the residents and in 1956 sold its remaining interests to Bethlehem Steel. Jenkins was incorporated in 1912. In 1940 Jenkins and the coal camp towns of Dunham and Burdine along the Elkhorn Creek valley merged into the single town of Jenkins. The Burdine post office opened in 1898. The Dunham post office opened in 1913, but has since closed. The Jenkins post office opened in 1911. The population in 2010 was 2,203.