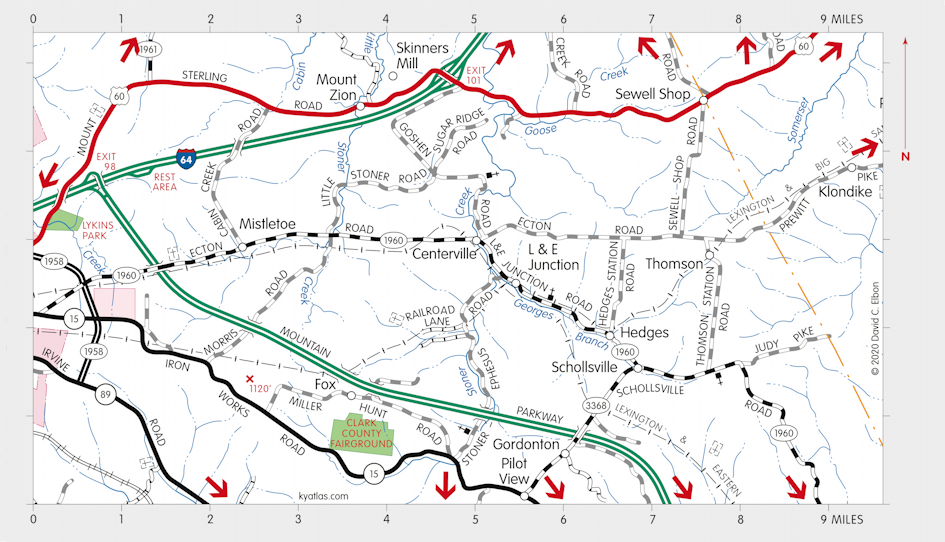 L&E Junction was a Clark county community on Stoner Creek about five miles east of Winchester. The site was once the junction of the Lexington and Eastern Railroad and the Lexington and Big Sandy Railroad and had stations known variously as Fairlie and K.U. Junction as well as L&E Junction. It was at mile 27 on the L&E. The L&E later became the Kentucky Union Railroad and eventually part of the Louisville and Nashville Railroad. The L&BS later became part of the Chesapeake and Ohio Railroad. The L&E tracks, which extended southeast to Clay City, what is now Natural Bridge State Park, Torrent, and beyond and passed through several tunnels, were removed by the mid-twentieth century. The L&BS tracks were removed circa 1985. A Dodge post office operated at the site from 1885 until 1923, named for the builder of the railroad to the southeast.