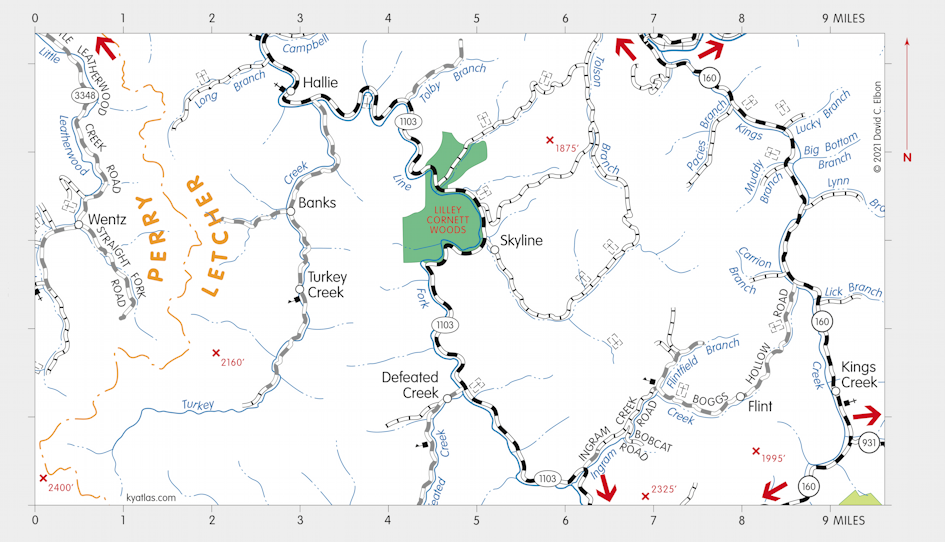 The tracts that make up the Woods were purchased by Lilley Cornett during the middle part of the twentieth century and sold to the Commonwealth of Kentucky by his heirs in 1969. The purchase was made possible by a combination of state, federal, and private Nature Conservancy funds.

Lilley Cornett Woods is managed by Eastern Kentucky University and is open to the public by guided tours only.