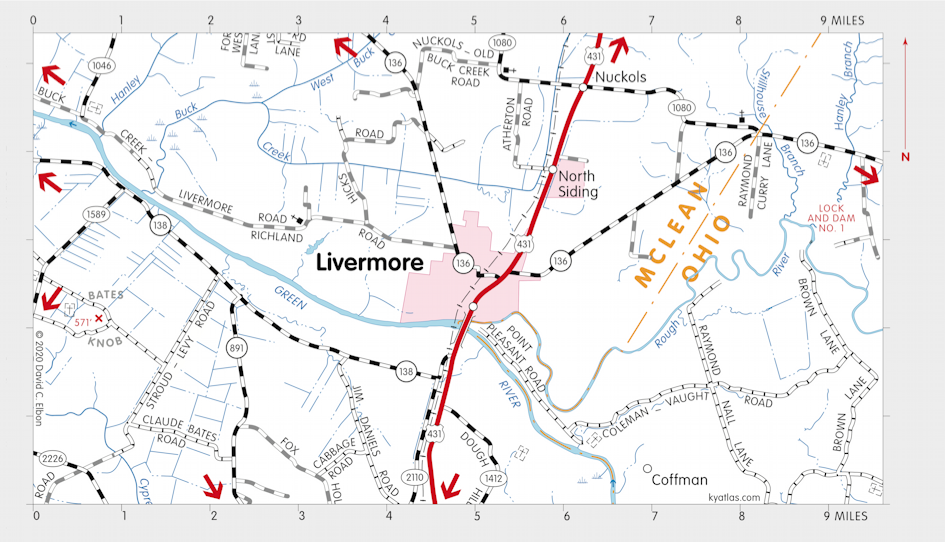 Livermore is a southeastern McLean county town at the mouth of the Rough River on the Green River, about six miles southeast of Calhoun. It was established about 1837 by William Brown and was originally known as Brown's Landing. It was renamed Livermore to honor Alonzo Livermore who built Lock and Dam 2 nearby at Calhoun or after an early settler named James Henry Livermore. Livermore was until the 1960s the home of several factories building chairs. Livermore was incorporated in 1850. The Livermore post office opened in 1838. The population in 2010 was 1,365. Livermore is the largest city in the county.

Rough River Lock and Dam 1 was completed about 1896 and was the only lock and dam on the river. The dam is now gone, but some of the lock structure remains.