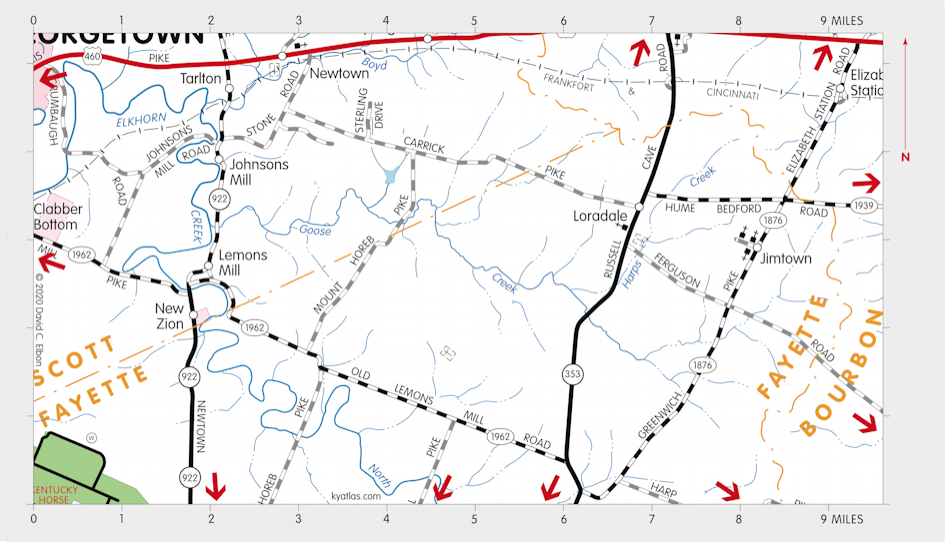 Loradale is a northern Fayette county community on the Russell Cave Pike near the Bourbon county line. The area was part of the farm of Jacob Sidener that was known as Union Dale. That name comes from the Lora Dale Lodge of the Grand Templars, which met at Sidener's store. The community was also known as Old Union, possibly for the 1823 Old Union Church. Part of the land was sold to L.R. Huffman in 1900 and was known as the Huffman Subdivision. The Sidener family also owned the land nearby that became Jimtown. A post office, possibly called Sidener, opened in 1883, but was renamed Loradale the same year. It closed in 1901.