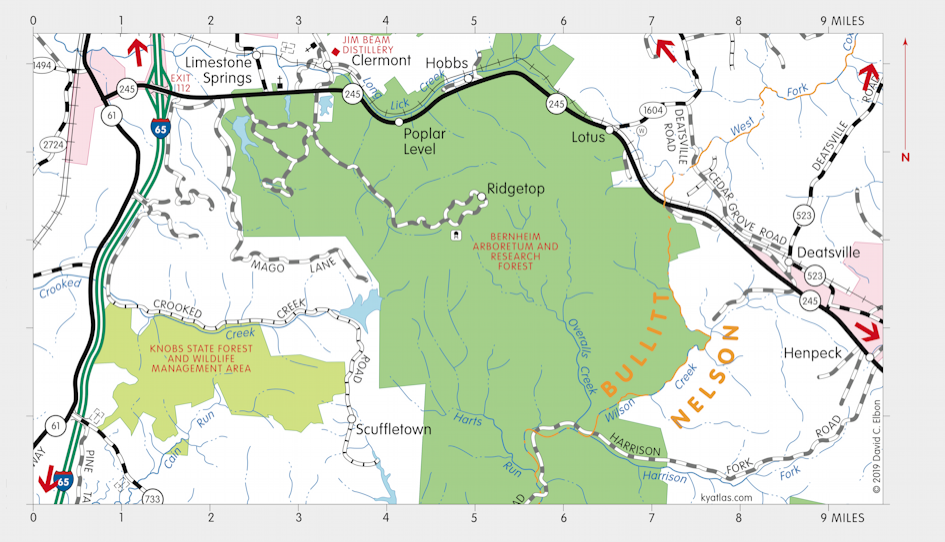 Lotus is a Bullitt county community on KY 245 a few miles south of Shepherdsville. A Lotus post office opened at the station on what was then the Bardstown Branch of the Louisville and Nashville Railroad in 1902. It closed in 1919.