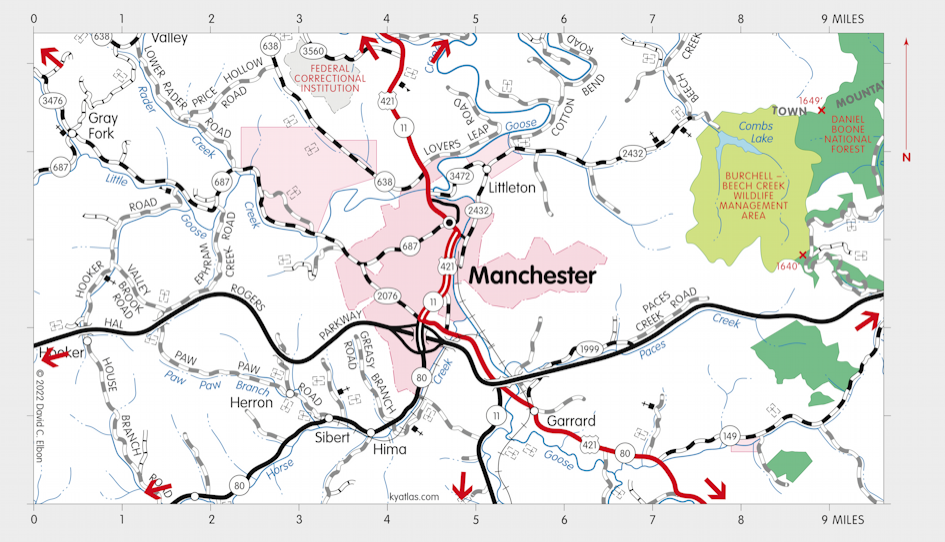 Manchester, the seat of Clay county, was established along Goose Creek in 1807 as Greenville, named for Green Clay, for whom the county was also named. It was renamed Manchester later that year since there was already a Greenville in Muhlenberg county. The town was probably named Manchester for the city in England, reflecting local hopes for a future in industry. There had been a salt works probably by 1800.

Manchester was incorporated in 1844.

The post office opened in 1813 as Clay County Court House and later took the name Manchester.

Manchester has been designated a Kentucky Trail Town.